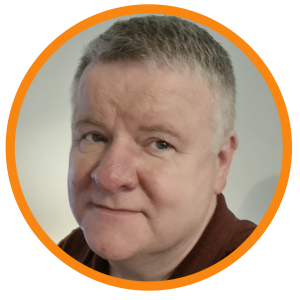 LONG READ Sleep is one of the most important things we do every day, and yet so many people don’t get enough. We often hear that we need 7 to 8 hours of sleep a night, but some people only need 6 hours or less to feel rested. The truth is that it’s not easy to calculate how much sleep

Developing the ability to focus on one thing and notice it in detail is a skill that can be applied to self-reflection. Spend time alone, by yourself. It will help you find out who you are. I love spending time alone. Others, I accept, are more prone to feeling uncomfortable or lonely. Regardless of how you currently feel about solitude,

This isn’t the post you think it is. I’m not here to rant lyrical about toxic masculinity, I’m here to say don’t worry guys. We got this. “We live in a society where toxic masculinity is the norm. We are conditioned to believe that being manly, tough, and rugged makes us better than others. The sad truth is that this

It became clear to me when I hit midlife that when I’m feeling too emotional, it is very difficult, if not impossible for me to make good decisions. Whether it be a decision about my work or personal life, if I am feeling very emotionally invested in the outcome of the situation, then I will most likely choose poorly. High

Do Not Surrender Your Power To Victimhood

Can you remember the last time you beat yourself up? I can’t. For years, I was a victim of my circumstances. It wasn’t until I realized how much energy this particular perception wasted and how many opportunities it took away from me that I decided to stop being a victim and start taking back my power. You can do the

10 Ways to Finish What You Start

The average American is about 40% done with their goals at the start of the new year. The problem? They don’t finish what they started and by April, only 1 in 5 of them are still working towards those goals. What’s wrong with this picture? If you want to be different than most people, it’s time to find out how

How To Live An Intentional Life

We all want to live our best lives, but it can be difficult to know how. In this blog post I’ll cover a number of different ways you can start living an intentional life immediately. There’s a lot of talk about intentional living. But what does it really mean? Intentional living is living each day with purpose and making decisions

Being a man in 2021 is not an easy task. We are expected to be tough but sensitive, strong but caring, and commanding but gentle; the list goes on. The obligations associated with being a man have been changing over the years as society evolves and changes. This blog post will explore what it means to be a man in

Inspiration Is Nothing Without Action

Moving From Inspiration to Action Hopefully we all know that it’s not enough to just have an idea. It needs to be acted upon if we want to make a difference to our lives or the world around us. How many of your great ideas have gone unrealized? It might have been a great idea for an invention, book, or

Bitcoin Basics : What do I Need to know?

Bitcoin is a digital currency that has been around since 2009. Bitcoins aren’t printed, like dollars or euros – they’re produced by people, and increasingly businesses, running computers all around the world, using software that solves mathematical problems. It’s not controlled by a single entity, like the Federal Reserve or the European Central Bank, but rather an open network of

How To Quit Sugar

Sugar is a difficult addiction to break. It’s addicting, it’s in so many foods and drinks, and it tastes good. But the most important thing you need to know about sugar is that it will eventually mess up your health in a number of ways. Americans consume between 100-125 pounds of sugar each year. That’s roughly a quarter of a

Do you know how to like yourself? It’s not an easy task. In fact, it may be one of the hardest thingsyou have to do in life. But if you’re struggling with negativity and need some advice on how to like yourself more, read this blog post. You’re probably familiar with self-help books and talk show hosts who tell you

How To Overcome Fear Of Failure

The fear of failure has killed more dreams than all other fears combined. The fear of failure is insidious, because it’s largely in your imagination. It can also prevent you from even trying in the first place, which guarantees failure. It is a common misconception that we can’t overcome fear of failure, but it’s important to know that you can.

How To Stop Procrastinating And Take Control

It’s no secret that we all procrastinate from time to time. We’ll put off doing something, often even though it is important or needs to be done right away – whether it’s cleaning our apartment or finally calling the doctor about a niggling pain. However, there are some ways you can stop putting things off and get them done! Everyone

7 Social Media Mistakes That Can Harm Your Career

Social media is a powerful tool, but it can also be a dangerous one. It’s hard to know what you should and shouldn’t post on social media sites like Facebook or Twitter. Do you share your professional success with the world? Or do you keep that information private? It doesn’t seem like there are any clear answers out there. So

Does Print On Demand Really Work?

In the ever-changing world of start-ups, it is important to keep up with trends and stay ahead of the game. One such trend that has been gaining a lot of traction lately is Print on Demand (POD). This blog post will cover what POD is, what considerations you should make before launching your business and how to get started. What